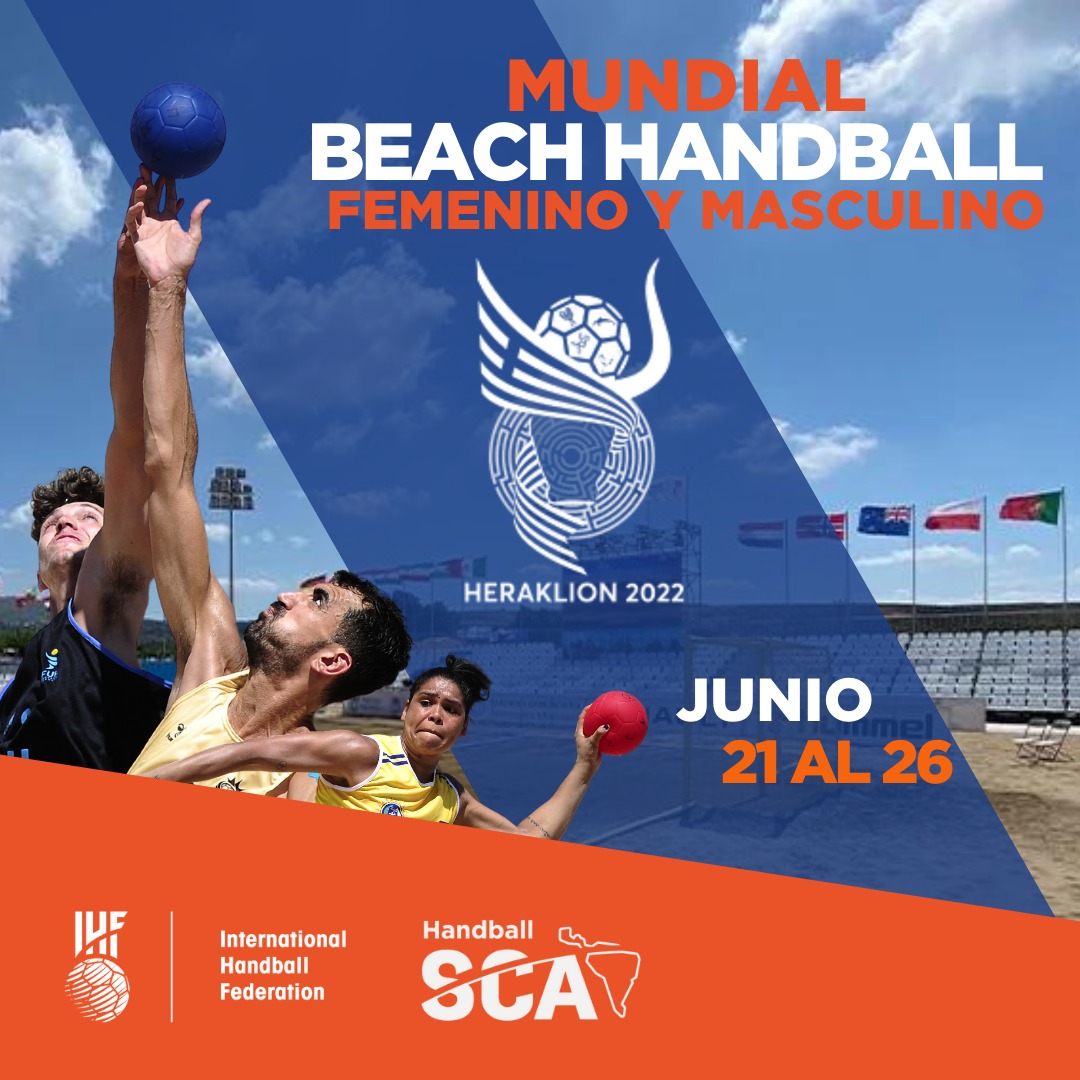 Between June 21 and 26, the beaches of Heraklion, Greece will receive the return of the IHF Beach Handball Women’s and Men’s World Championship.

The tournament, which had its last version in Kazan 2018 due to the cancellation of Pescara 2020 by the arrival of the COVID-19, will feature the participation of 32 teams, 16 women and 16 men.

Argentina, Brazil, Uruguay and Ecuador -in the male branch- are part of the 32 teams that will be present in the tenth edition of the tournament and thus arrive at Heraklion 2022:

In the case of the female branch, Brazil and Uruguay arrive in the 3° and 10° place of the world ranking, while Argentina seeks to rejoin the same, since its last world participation was in Budapest 2016.

On the men’s championship side, Brazil arrives as the current champion of the tournament, accumulating 5 world titles; Argentina and Uruguay (11° and 15°, respectively) will seek to improve their past participation; and Ecuador will participate for the first time in its history in its first IHF World Cup.

Tomorrow, the 7 South American teams will make their debut in the preliminary phase of the tournament, where they will have to stay at the top of their group to advance to the Main Round, stage before the qualifiers.

World Youth Championship of Greece: Brazil wins silver medal, Argentina is in the Top 5 and Uruguay makes history in the closing of the tournament