News & Events
The Handball SCA Cadets and Minors began –...
Argentina and Brazil qualified for the World Cup
Argentina and Chile won their matches and continue...
OFFICIAL INFORMATION ABOUT QUOTES HSCA SENIOR FEMALE
The deadline to apply for the participation of...
The dates for the Handball in the Odesur...
Brazil and Chile will be part of the...
Handball SCA Calendar – What’s coming for continental...
COSCABAL launches its first official Beach Handball’s ball
Bulletins Bolivarian Games 2022 – Men’s Tournament
Home NewsCompetitions Brazil and Chile will be part of the first IHF World Wheelchair Handball 4 players
CompetitionsNewsWheelchairWorld Cup 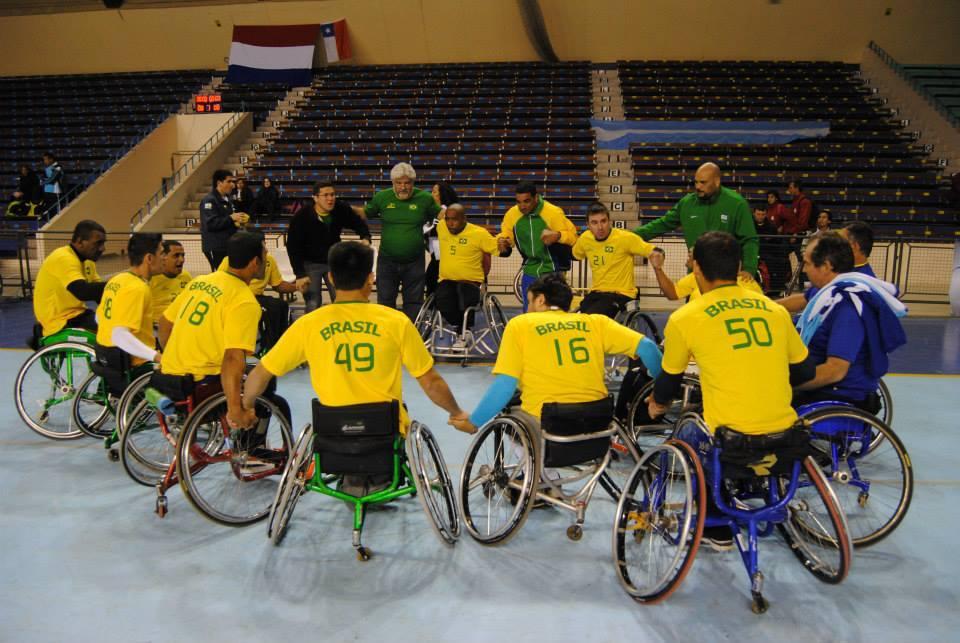 During this week, the International Handball Federation (IHF) announced that it will hold the first edition of the World Wheelchair Handball 4-player by team (Four-a-Side) which will be played between 22 and 25 September in Cairo, Egypt.

Brazil and Chile will represent the region in the top international event and will have to face the Netherlands, Slovenia, India and Egypt to be in the top two and fight for the gold medal.

For Flavio Melo, president of the COSCABAL working table of Handball in Wheelchair, this World Cup is a milestone for the work that is being done, as “the 4-player modality was born in the region and was formalized in 2021 by the IHF”.

For the same reason, the leader of the working group that is made up of six people, believes that the performance of the representative teams will be equal to a World Cup: “we have great expectations of making a good representation and participation in the tournament, since Brazil and Chile are the countries in the region that have more experience and deepening knowledge in what is the Four-a-Side”.

Thus, COSCABAL representative teams are preparing to give their best in the competition that will start in just over a month.

Argentina and Brazil qualified for the World Cup

Argentina and Chile won their matches and continue...